Earley Town Councillor Al Neal headed the call for a memorial to this tragic event to be erected and on 16th November 2022, Earley Town Council and Woodley Town Council planted a commemorative tree at Dinton Pastures in Winnersh, with the help of Wokingham Borough’s Countryside Services team in memory of the 50th Anniversary of this tragedy. In attendance was the Mayor of Earley and the Deputy Mayor of Woodley, along with officers and councillors from both town councils.

The tree chosen, a Hornbeam (Carpinus Betulus), is known for its strength and was traditionally used as a tonic to relieve tiredness and heal wounds. These qualities make it a fitting memorial to the lives lost in this tragedy. As the Hornbeam keeps its leaves all year round, this tree will serve as a winter haven for wildlife, providing shelter and support to a wide variety of animals. It is hoped that this memorial will provide a peaceful focus for reflection and remembrance of the lives lost and all those affected by the Loddon Viaduct Collapse, may they always be remembered. 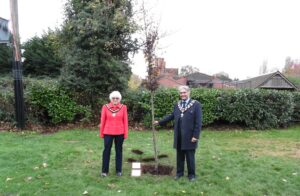 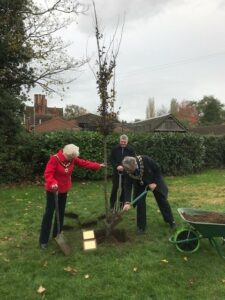 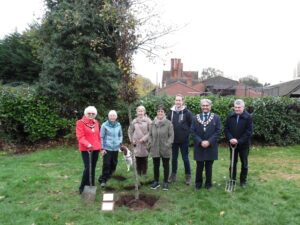