Town councillors believe such a plan is important as, according to The Royal Society (see link https://royalsociety.org/topics-policy/projects/biodiversity/biodiversity-in-the-uk/)  – “…the most recent State of Nature report, published in 2019, suggests there has been a 13% decline in the average abundance of wildlife in the UK since the 1970s”.  The report goes on to state “The UK has increased the extent of protected areas both on land and at sea, together with reducing air and sea pollution. The relative abundance and distribution of priority species, however, has not improved. Numbers of farmland and woodland birds have deteriorated while pollinating insects have also showed little sign of improvement. This comes despite an increase in public spending on biodiversity of 69% since 2000, although there has been a 33% decrease in spending over the past five years.” 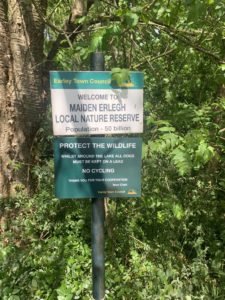