A special picnic was held at Earley Town Council’s Culver Lane allotments on Saturday 4th September to celebrate 80 years of the Huntley and Palmer Allotments Association.

The allotments, originally founded for workers of the famous biscuit factory, became part of The Federation of Horticultural and Allotment Associations of Reading in 1940 and part of the Dig for Victory Campaign of World War II, staging the first Victory Garden show (later Reading Show) in 1941. The Huntley and Palmers Allotment Association manage the trading shed on the site and organized the picnic to commemorate 80 years since the first show.

Lots of work had been done to display posters to recreate the war time ‘Dig for Victory’ campaign and give the history of the allotments. The organizers had dressed for the occasion with wartime overalls, and typical ‘Land Girl ’head scarves for the ladies.

The Mayor of Earley, Councillor Anne Bassett, was delighted to open the event. The Mayor thanked everyone for their efforts and was fascinated to find out more of the history of the site.

The allotments, now managed by Earley Town Council, have undergone a lot of change since 1941. They continue to evolve with the recent addition of bees and a range of different size plots – the latest being small, raised beds, for those looking for something small and manageable.

The Council holds a competition each year for the best and most improved allotment and the Mayor remarked what an outstanding year this was with a huge variety of quality crops and flowers.

The picnic also had its own competition winners and the Chairman of the Huntley and Palmers Allotment Association, Richard Tredgett, presented certificates for the best exhibits:- the best vegetable , the best group of vegetables and the best arrangement of flowers. 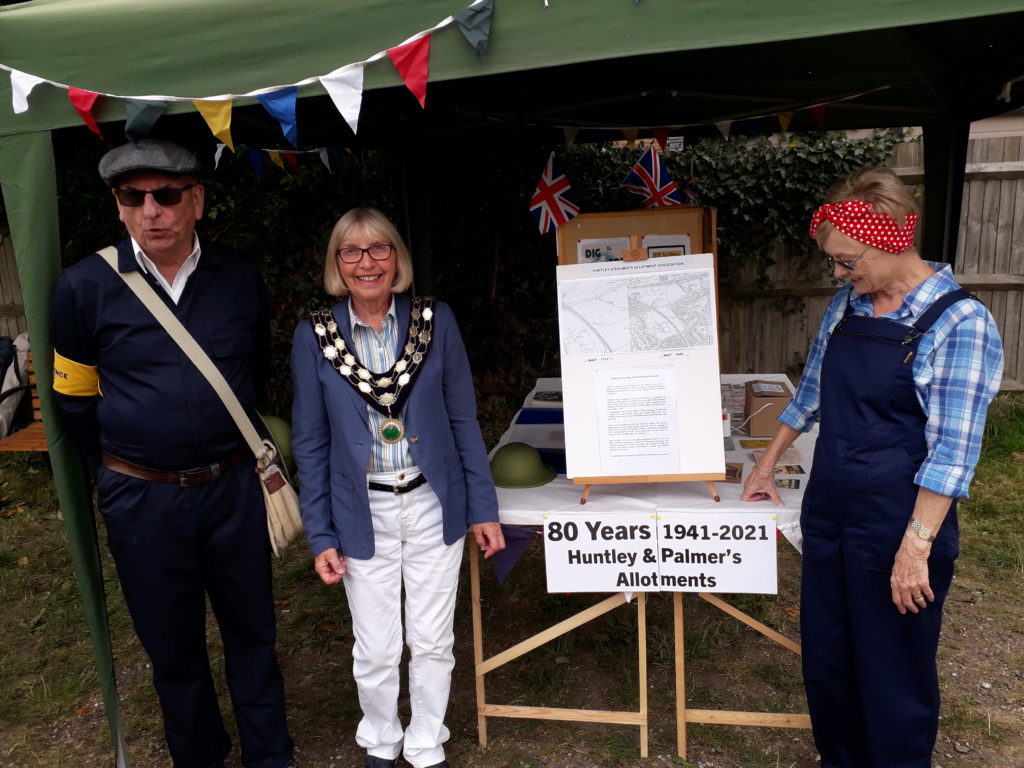